The World of Perception


As well as developing a set of distinctive philosophical ideas, Wiesing presents insightful and lucid interpretations of historical philosophers and develops his own methodology by building on suggestive ideas from the philosophical tradition. He also re positions the role of image-perception, and our understanding of what constitutes an image, in this context.

Highly recommended. The book is bold, original, full of challenging ideas and makes a powerful case for changing our approach to this central philosophical problem. Employing skilful phenomenology and philosophy 'without models', Wiesing presents an uncompromising critique of established theories of perception and takes huge strides in a new direction. Embodiment and identity are among the topics transformed by examining the necessary a priori consequences of the reality of perception.

The book contains invigorating argument and surprising developments on every page. It should be essential reading for anyone working in the philosophy of images. Written in an inviting style-and nicely translated-this book reaches out both to phenomenologists and those unfamiliar with what phenomenology has to offer. Wiesing cares deeply about what philosophy is and ought to be, and anyone with similar concerns will find this an engaging read.

This makes the book a stimulating contribution. You can unsubscribe from newsletters at any time by clicking the unsubscribe link in any newsletter. For information on how we process your data, read our Privacy Policy.

The Art of Perception: From the Life World to the Medical Gaze and Back Again | SpringerLink


Visit the Australia site. No-one will hear it. But still - there will have been a roar, you may say.

A discussion group about ideas, for everyone.

As the tree crashes, sound vibrations will have been initiated, no question. So that if for example you had left a microphone in the area with a tape recorder, you would have made a recording on tape. The vibrations caused by the crash would have reached the microphone impacted on its membrane, and that would have been converted into electrical impulses which would have registered on the tape.

The invisible world of human perception

Prompt: What do you think? If there is no-one and nothing there to hear it, does the tree fall in silence? Is there anything else like sound? If the argument about the falling tree is valid, the universe as it really is is silent. Are there any other qualities of our experience which are like that do you think? Prompt: Which of the qualities in the table are features of the tree that it has quite independently of any sentient being observing it?

The thesis we have been exploring is this: in perception you do not form copies of the thing perceived. It is perhaps best seen as a point about the scientific world view that Locke was helping to form. A world view that 'privileges' some features of the world at the expense of others -? It would make the world out to be, in itself, a severe and forbidding construction: just atoms moving about, with nothing but size, shape, solidity and motion.

Most of the things which give human beings pleasure are not there in reality, but somehow constructed by human beings themselves: colours, smells, sounds, tastes. Though I have to agree shape and motion can in context be very important. This is a much duller picture if the colours are reduced as my computer thinks of it, anyhow to two.

How much duller if they are eliminated altogether? But now I want to think about just those perceptions that are copied from the world: eg our perception of a thing's shape. We see a tree having a particular shape, and we think of the shape as actually there, an objective feature of the tree as it exists independently of us.


There is a fundamental philosophical problems even with these perceptions. Earlier I reminded you that astronomers sometimes report observations on distant objects which opens up the possibility, probability even, that what we are observing on the earth now has actually already passed out of existence. I also said that when you thought about it this appeared to be just an extreme case of something that applies to perception generally. Even with a nearby object it takes time - a very tiny amount of time, but time - for light to traverse the gap between object and the lens of your eye.

And what happens there is the beginning of a highly complex sequence of neurophysiological events, with signals being passed along nerves and neural networks in the brain subjecting those neural impulses to complicated analysis and evaluation before I experience seeing the object. All this processing takes very little time indeed - but it does take time. With the distant object we might legitimately worry that it might have passed out of existence since the light rays that have now arrived on our retinas, say, left on their million-year journey.

Suppose in fact we have reason to believe that the distant galaxy we appear to have under observation has since imploded or evaporated or exploded or turned into a black hole or whatever happens to galaxies when they cease to be. We might ask ourselves in this case: well, if the object is actually not there any more, what exactly are we seeing? We can't be seeing the object - it is no longer there to be seen. But though the distances are immensely different doesn't the same possibility, and difficulty, arise with all the ordinary things around us?

Might they not have passed out of existence too between the moment when light is reflected by them and the moment when it impacts on my retina? Maybe you will say that now the chances are completely different and that it is hugely unlikely that the object will pass out of existence in the micro seconds or whatever the light from them takes to reach us and the signals it stimulates get processed.

Does that matter? Perhaps it's the fact of the time-gap that does the damage - doesn't matter how small. If there is any time elapsing at all between light leaving the object and our having the experience of 'seeing' the object, maybe it follows that we can't actually be seeing the object at all? Prompt: Do you agree that the time-lapse entailed by the scientific causal theory of perception means that we can't be actually seeing directly the object we are looking at?

If we all take a look at the same thing, a book, say, we are likely to see slightly or not-so-slightly different colours. Depending on how the light strikes it, it may seem green to some of us, blue to others, bluey-green to others, perhaps white to others and even black to some others: and so on.


What is this thing that you are seeing? This thing that isn't the same as the thing I am seeing, and isn't the object either? Bertrand Russell A "radical, active, liberal intellectual, beginning by standing as a suffragist candidate for [UK] Parliament. Problems of Philosophy , Oxford, He thinks the same argument applies to the other senses.

Different people, and the same person on different occasions, will get different 'sensations' when they inspect a given object, dependent on the circumstances of the observation.

For example, what light is falling on it, whether we have a cold, what angle we are looking at it at, whether we've got tinnatus and so on. The colour and angle of light falling on an object affects the colour sensation it will give rise to in us. If we have a bad cold we probably won't be able to smell it as we perhaps do smell it when we are in perfect health. If we've got tinnatus, the sound we hear when the thing is knocked will sound to us different from the sound we hear when we are well. So he wants to say about the other senses what he says about our perception of colour, that what we actually sense in observation is not the object itself but sense-data.

He means "such things as colours, sounds, smells, hardnesses, roughnesses, and so on". Problems of Philosophy, Chapter 1. He thinks that we can and do make inferences from these sense data, use them for example to build up a picture of the object we are observing. But we are not directly experiencing that object. We are directly experiencing sense-data.

The colour is that of which we are immediately aware This is tremendously significant for our understanding of ourselves and the knowledge of which we are capable, because we get so much of our knowledge of the world through our senses. Many people think that we get all of our knowledge through our senses, but some others think we have have another window onto reality, which they identify with our power of reason.

If the sense-datum theory is right, all the knowledge which we think of as drawn from observation in fact comes from our experience of sense-data.

The Philosophy of Perception

Sense-data become the foundation of all our observational knowledge. The picture that is being drawn by Russell and other representational theorists seems to be this. Stimulation falls on our sense-organs, and the signals that are generated as a result are processed by the brain. 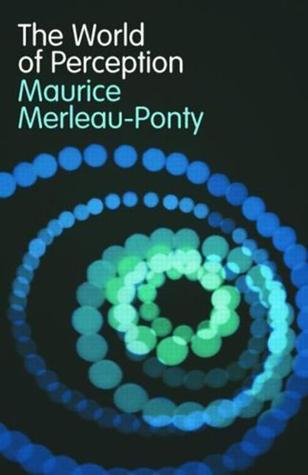 At some point we sense 'sense-data'.